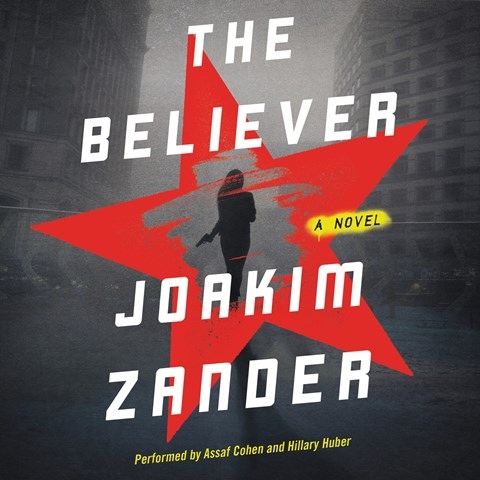 Narrators Hillary Huber and Assaf Cohen ensure that this complex plot and its main characters feel as real as today's breaking news. Fadi Ajam; his sister, Yasmine; and Klara Walldéen have fled as far as Syria, New York, and London, respectively, to escape their troubled pasts in Sweden. But a graffiti symbol, acts of betrayal, and strange coincidences have pulled them back. Huber differentiates Yasmine through a light Middle Eastern accent. For Klara, who is described as speaking with a rural Swedish accent, Huber's choice is credible and distinct from her other characters' voices. More significant than their accents, Huber also captures the fatalism that drives these two women's actions. Cohen's success lies in how well he balances Fadi's naïveté with his extremism, making him all too poignantly real. K.W. © AudioFile 2017, Portland, Maine [Published: APRIL 2017]