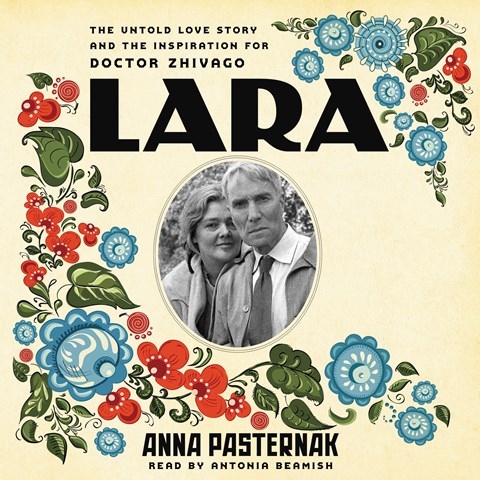 LARA The Untold Love Story and the Inspiration for Doctor Zhivago

Anna Pasternak, grandniece of Nobel Laureate Boris Pasternak, gives a very personal account of her ancestor's talent, fame, and suffering. Those who love Russian literature and history will find this backstory to the beloved DOCTOR ZHIVAGO to be engaging and informative. Narrator Antonia Beamish's British accent and pleasant alto voice move steadily through the story of Boris Pasternak and how his affair with Olga Ivinskaya became the basis for the character of Lara in the novel. Beamish's pace allows one to take in all the information, and we are presented much detail of artistic life in Russia before the revolution and during the Soviet era. Beamish is not overly expressive, but she keeps listeners engaged. M.T.F. © AudioFile 2017, Portland, Maine [Published: MAY 2017]