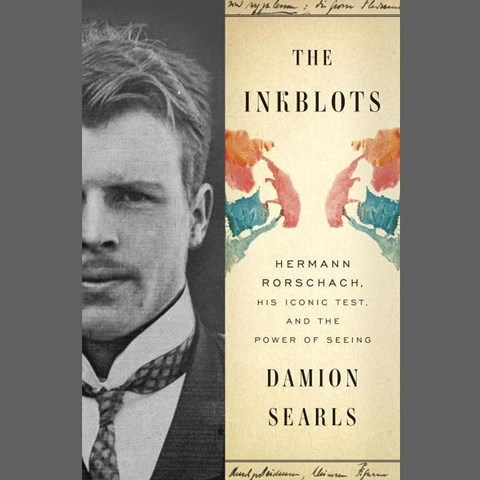 THE INKBLOTS Hermann Rorschach, His Iconic Test, and the Power of Seeing

Searls's study of Hermann Rorschach and his famous psychological test is thorough and competent, though at times it strains to engage the listener. Paul Boehmer's narration mirrors its strengths and weaknesses. He narrates with energy, even enthusiasm, matching tone to sense well, helping to interpret the text and draw the listener along. But at times, especially early on, his performance diverts attention from the text to his reading. The pronunciation of foreign words and names is frequently awkward, as are his attempts to "sell" the book's occasional witticisms or humorous asides. He gets high marks for expressiveness and his desire to keep listeners interested, but fewer artificial attempts to dramatize the material would have made the audiobook more enjoyable. W.M. © AudioFile 2017, Portland, Maine [Published: MAY 2017]