HomeÂ»ReviewsÂ»REALITY IS NOT WHAT IT SEEMS 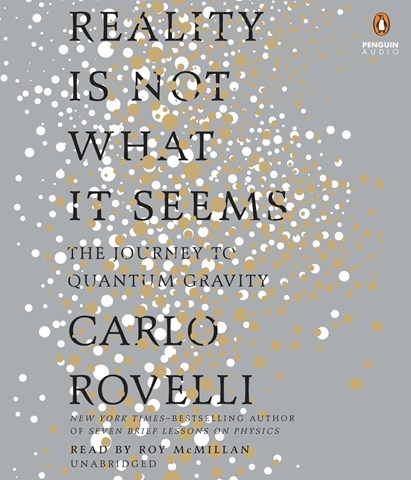 REALITY IS NOT WHAT IT SEEMS The Journey to Quantum Gravity

Here's a flawless, up-to-date history of physics, from antiquity to yesterday (almost). One can't tell that it's translated from Italian, so smoothly does the narration flow. Narrator Roy McMillan's voice gives the impression of a learned speaker embarking on a friendly explanation of abstruse concepts and discoveries. Having listened to many science audiobooks and other presentations, this reviewer says that this is one of the best. For example, quantum theory, well known to be opaque to even highly trained scientists, is described so lucidly that the listener almost understands it. That's saying something. D.R.W. © AudioFile 2017, Portland, Maine [Published: FEBRUARY 2017]