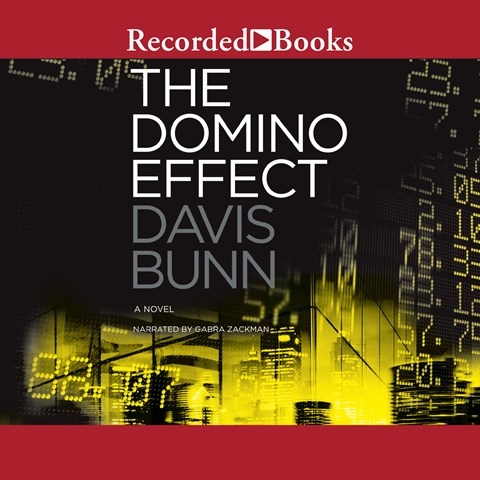 Narrator Gabra Zackman brings the character of Esther into sharp focus with a deliberately emotionless voice. Esther, an extremely introverted risk analyst for a large banking firm, is as aloof as she is brilliant. Craig, an accountant turned pastor, creates the first fissure in Esther's well-armored defenses with his soothing voice, aptly delivered by Zackman. When her unscrupulous boss's shady business dealings position the global financial industry for an international crisis, Esther realizes she must act to prevent disaster. Zackman's restrained tone intensifies the feeling of foreboding, riveting listeners until the last word. C.L.S. © AudioFile 2017, Portland, Maine [Published: MAY 2017]