HomeÂ»ReviewsÂ»HISTORY IS ALL YOU LEFT ME 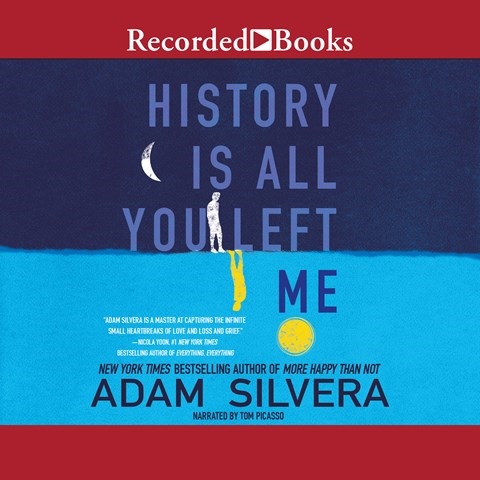 HISTORY IS ALL YOU LEFT ME

Narrator Tom Picasso's voice sounds consistently mournful as he reads the sorrowful first-person story of Griffin, whose best friend and first lover, Theo, has died. Picasso keeps the story's alternating time periods distinct as Griffin's memories shift. Picasso's melancholy tones capture the depth of Griffin's grief--so devastating that his mental health is at risk. Bright spots come in the story's sensitive portrayal of the sweet passion and awkwardness of first love. Through the experiences of three new relationships, Griffin learns to let go of grief, his feeling of responsibility for Theo's death, and his naïve point of view. He grows to see Theo's flaws and to differentiate the confusing feelings of an affair from the strength to be found in a healthy relationship. While Picasso's narration lacks tonal variety, Griffin's growth is clear. S.W. © AudioFile 2017, Portland, Maine [Published: MARCH 2017]