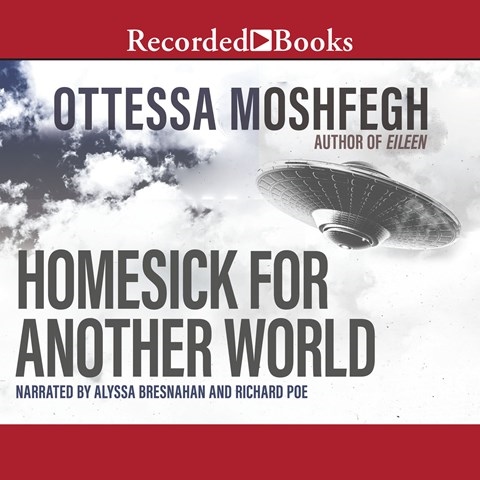 HOMESICK FOR ANOTHER WORLD Stories

The disturbed, and disturbing, characters in these short stories are perfectly confident in their own normalcy. Narrators Alyssa Bresnahan and Richard Poe project that confidence with ease. Every story contains a twist that the narrators must maneuver to make the next bizarre moment sound not just natural but inevitable. For instance, in one story Poe plays a dad who, interrupted by his son's new girlfriend just as he is about to commit suicide, decides to pretend he is his son's lover--and then settles down with her to do drugs. Bresnahan is chilling as a girl who is fiercely certain that killing the local pedophile will simply and expediently transported her back to her "real" home. Bresnahan and Poe demonstrate their ease with their craft through the creation of these uneasy worldviews. K.W. © AudioFile 2017, Portland, Maine [Published: MAY 2017]