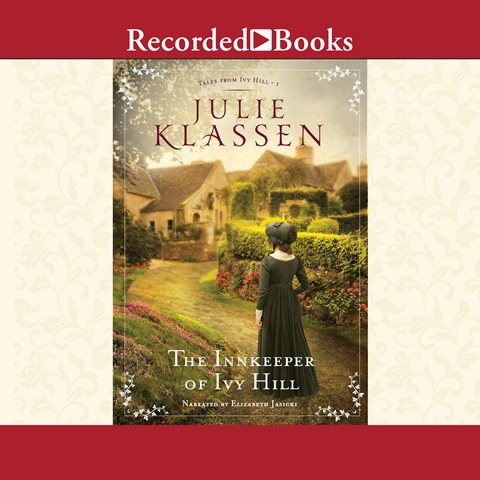 THE INNKEEPER OF IVY HILL Tales From Ivy Hill, Book 1

Set in Regency England, Klassen's audiobook features a richly detailed country village that is dependent on its coaching inn for its continued existence. Young widow Jane Bell is now the owner of The Bell--but a reluctant one as the inn is heavily in debt to the bank. Joined by her grim mother-in-law, a questionable brother-in-law, and others, can she make The Bell thrive? Klassen's writing captures the essence of the period; however, narrator Elizabeth Jasicki has trouble distinguishing between the younger Jane and the older Thora. And sometimes it's difficult to know if it's a male or a female speaking. At times, the story bogs down, and the ending leaves one wanting a happier happy resolution, which is what one expect in a historical romance. K.M. © AudioFile 2017, Portland, Maine [Published: APRIL 2017]