Home»Reviews»AT THE EDGE OF THE UNIVERSE 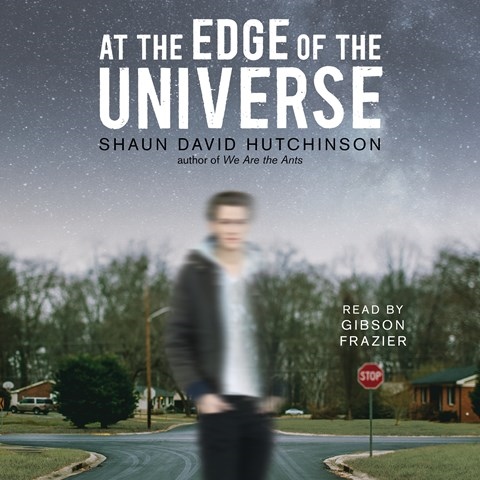 AT THE EDGE OF THE UNIVERSE

Gibson Frazier gives a sober narration of this story, told from the perspective of a teen. Ozzie is shaken by his long-term boyfriend's disappearance--not just from his life but also from people's memories and, it seems, the world. Frazier's serious tone matches Ozzie's grief and growing bewilderment as he comes to realize that the universe is shrinking, and no one notices but him. Frazier creates subtly different voices for secondary characters, including Calvin, a boy Ozzie partners with on a science project and soon begins to develop feelings for. Part love story, part science fiction, part magical realism, this story will appeal to fans of books like Susan Beth Pfeffer's Last Survivors series. A.F. © AudioFile 2017, Portland, Maine [Published: APRIL 2017]