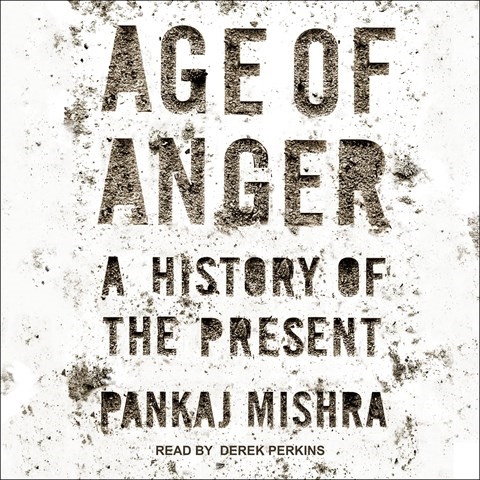 AGE OF ANGER A History of the Present

If you need reminding that recent global events, the rise of nationalism and demagogues, and the rejection of the liberal world order pose a threat to freedom, then this audiobook is for you. Narrator Derek Perkins's deep voice and English accent capture the audiobook's pessimistic tone. The author compares the events of our time with mostly catastrophic twentieth-century events and concludes that we are susceptible to the same forces that led to the breakdown of the world order at that time. Perkins's voice is reminiscent of WWII documentary narrators of the BBC, full of ominous portents but somehow vaguely reassuring that truth win out in the end. His pacing and diction are exemplary, but, again, this is not an audiobook for those looking for hope. R.I.G. © AudioFile 2017, Portland, Maine [Published: MARCH 2017]