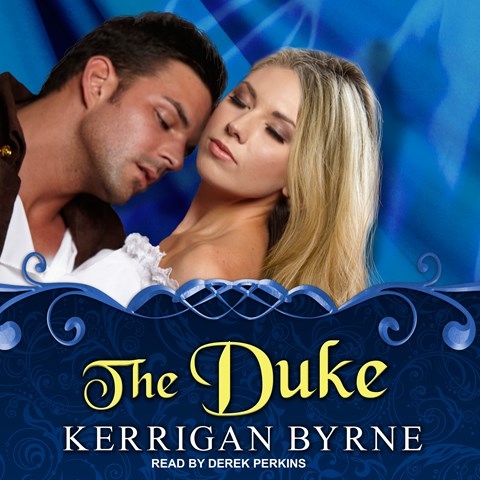 Derek Perkins is a prolific and delightful narrator and a frequent Earphones Award winner for a reason--he, as he has said, has a "penchant for language." This is on full display in Book 4 of the Victorian Rebels series. The Duke of Trewyth, a British spy and wounded war hero, spends one unforgettable night with Imogen Pritchard, a beautiful nurse who, in disguise, must work off her father's gambling debts in a tavern as a serving wench. Fate keeps the two star-crossed lovers apart and then brings them back together--but will the Duke recognize the woman he can't forget? Perkins has a facility with all strata of British accents. He gives Imogen just the right soft tones and the Duke just the right bluster and bravado. This is an engaging listen, presented by a master storyteller. A.C.P. © AudioFile 2017, Portland, Maine [Published: MAY 2017]