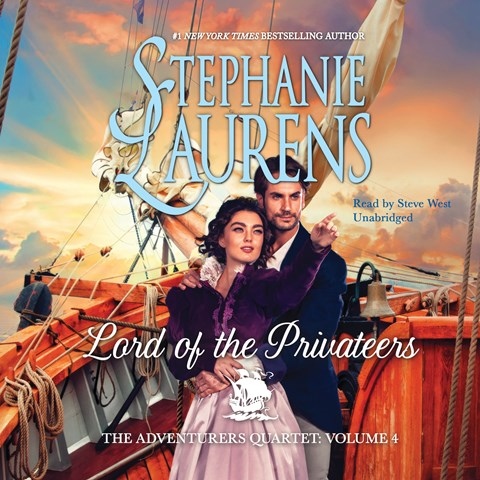 Narrator Steve West completes the author’s Frobisher stories with his best performance yet. Ship captain Royd Frobisher seeks a second chance with his handfast bride, Isobel Carmichael, as they travel to Freetown, West Africa, to rescue captives at a remote diamond mine. West parses the story’s lyrical language for maximum clarity. He expresses Royd’s aristocratic privilege with a sexy formality while maintaining the fluidity necessary for a natural conversational style. His voice for Isobel is feminine but not caricatured. West carefully balances Royd’s power and authority with Isobel’s independent nature, respecting Laurens’s portrayal of an equal partnership. Overall, West delivers a majestic reading, recounting moments of hand-to-hand combat as skillfully as he depicts nineteenth-century British formality. Listen to the entire series for a great audio love affair. C.A. Winner of AudioFile Earphones Award © AudioFile 2017, Portland, Maine [Published: FEBRUARY 2017]