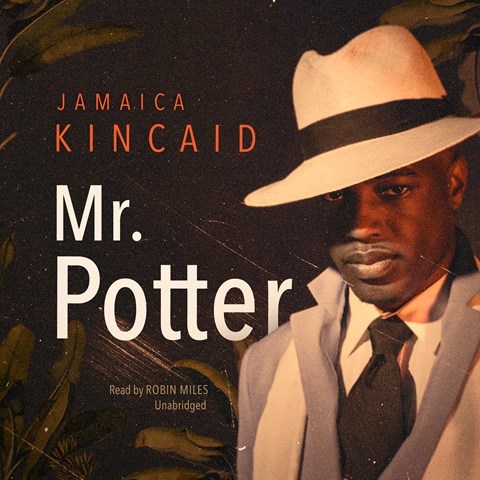 Fifteen years after it appeared in print, this fictionalized account--and accounting--of the novelist's father and her childhood viewpoint of him finds a vehicle in Robin Miles's exquisite narration. She provides it with genuineness and humanity that seem lacking on the page. Employing a range of emotional tones in a consistent and accurate Caribbean accent, Miles turns Mr. Potter from problematic to human, albeit flawed: He's flagrantly misogynistic and has no discernible interest in personal reflection. Kincaid's take, however, creates a man who is believable and a relationship, from her viewpoint, that is not quite sympathetic but at least perceptive of his character independent of what she needs from a father. F.M.R.G. Winner of AudioFile Earphones Award © AudioFile 2017, Portland, Maine [Published: MARCH 2017]