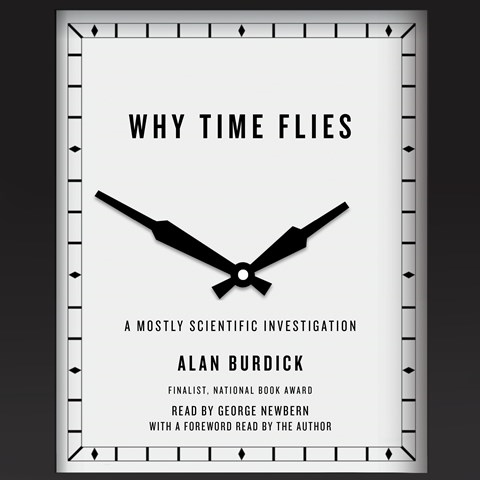 Alan Burdick covers a lot of ground--including a trip to the Arctic--as he investigates the perception of time. Psychology, philosophy, and science play a large role, but the human factor is always first and foremost. Narrator George Newbern gives listeners a sense of Burdick's surprise as he notes the changes in his circadian clock during an Arctic winter. He also makes Burdick's accounts of his insomnia back home relatable to listeners. Throughout the audiobook, Burdick tells how his sons gradually learned the concept of time, showing how humans develop that sense. Commentary on the ways humans' sense of time shifts with age may also resonate with some listeners. Even listeners who think they aren't interested in something as commonplace as time will enjoy his explorations. J.A.S. © AudioFile 2017, Portland, Maine [Published: FEBRUARY 2017]