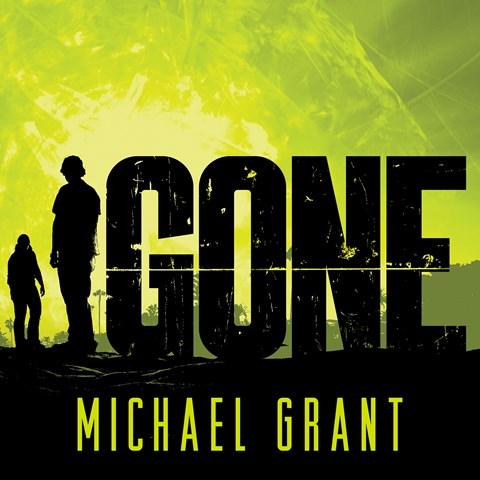 Narrator Kyle McCarley deftly defines each character's voice in this harrowing dystopian novel. Fourteen-year-old Sam and his friends are trying to survive after everyone over the age of 14 mysteriously vanishes from the world. Their situation becomes dire when power struggles emerge among leaders, and some of the kids discover magical powers that soon make them targets for bullies. While McCarley's dialogue creatively reflects each character as he or she faces danger and uncertainty, his delivery of narrative is slightly flat at times. Still, listeners will be entranced by this alternative world in which the good side of humanity battles against the terrifying darkness that surfaces as kids are left to form their own society. M.D. © AudioFile 2017, Portland, Maine [Published: MARCH 2017]