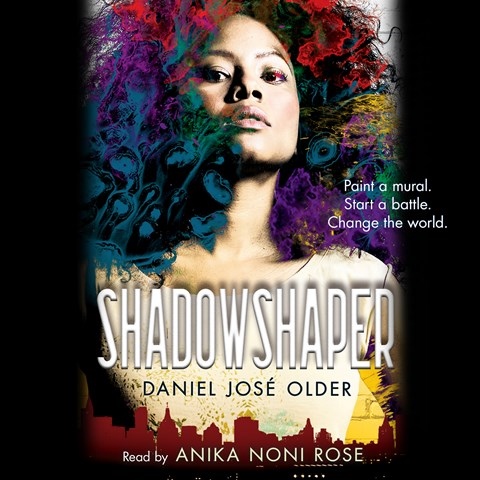 Anika Noni Rose's narration rolls with every twist and turn in this fantasy, creating a variety of voices, moving flawlessly between English and Spanish, and bringing to life the main character. Sierra's summer project, painting a mural on an abandoned building in her Brooklyn neighborhood, shifts into a mystery that leads her to her magical heritage. Rose focuses listeners on Sierra's multicultural urban world. Her expressive delivery highlight Sierra's curiosity and intelligence as she does research, follows clues, discovers the power of her own art, and tries to outwit a killer who has turned his attention on her. Cultural exploration, magic, and action blend to form a lively listen. A.F. © AudioFile 2017, Portland, Maine [Published: MARCH 2017]