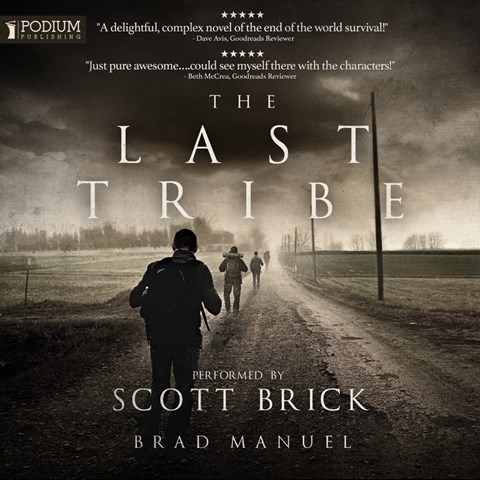 After an epidemic wipes out all but a few survivors, a father rallies members of his extended family and heads to New England to find his son. They gather a few others as they go and form the core of a new community. Narrator Scott Brick absorbs each of the new characters, relying on subtle differences in accents, tone, and pace, and in some cases, an overlay of attitude to show the character's individuality. Brick deftly reflects the changes in the dynamics of the group as it accepts additional members. Unlike many postapocalyptic books, THE LAST TRIBE does not rely on zombies or other aberrations, or on a grand struggle for control. It's an audiobook about survival and building relationships. J.E.M. 2017 Audies Finalist © AudioFile 2017, Portland, Maine [Published: APRIL 2017]