HomeÂ»ReviewsÂ»DOCTOR WHO: THE WAR DOCTOR VOLUME 01 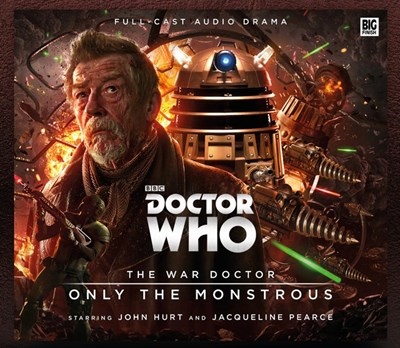 DOCTOR WHO: THE WAR DOCTOR VOLUME 01 Only the Monstrous

by Nicholas Briggs | Read by John Hurt, Jacqueline Pearce, and a Full Cast

The War Doctor, briefly featured in the "Doctor Who" TV series, now gets a more fully formed backstory in this full-cast production. Trying to find some inner peace, the Doctor lands on a planet that in the near future becomes a home base for the Daleks and the point of confrontation between them and the Time Lords. Once again, the Doctor must commit acts of devastation in order to save innocent lives. The late John Hurt reprises his role as the Doctor, and he carries all the wariness and anger associated with this particular iteration of the character. "Doctor Who" fans will delight in hearing these unknown tales, which flesh out the Doctor whom everyone knows least. L.E. 2017 Audies Finalist © AudioFile 2017, Portland, Maine [Published: MARCH 2017]