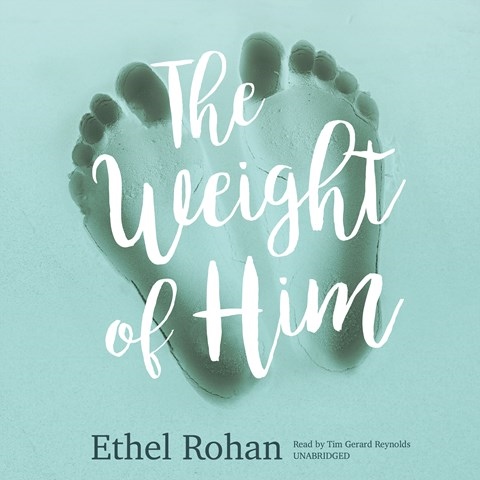 THE WEIGHT OF HIM

Tim Gerard-Reynolds's understated and measured narration portrays a grieving Irish family. Gerard-Reynolds counterbalances the novel's tendency to drift into painfully maudlin territory with his natural reading style, which proves all the more rewarding when Rohan depicts genuine grief. Gerard-Reynolds's voicing of each grieving family member as he or she struggles to cope with the suicide of the eldest child is varied and consistently full of realistic humanity. The core tension in the story comes from the different ways the husband and wife handle grief. Gerard-Reynolds's sensitivity to the stoicism of one and the dogged determination of the other is a sure achievement that brings out the strengths of Rohan's novel and carries the listener through its weaknesses. Z.S. © AudioFile 2017, Portland, Maine [Published: APRIL 2017]