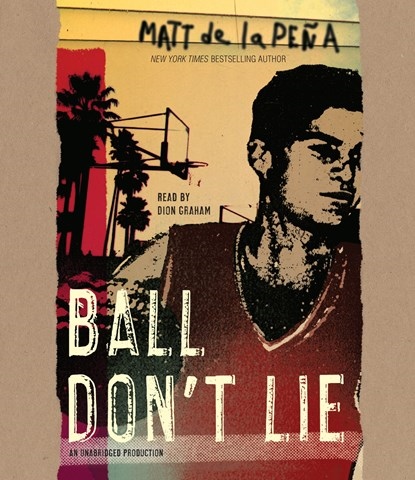 Sticky is a foster kid with a gift for basketball; he's had a hard life, but he just might be on his way to greatness. Narrator Dion Graham gets a vocal workout in Matt de la Peña's 2005 novel. He switches from the driving momentum and intensity of a fast and furious basketball game to two teenage girls chatting in a mall food court. Another character has a pronounced stutter. And Graham's narration is particularly effective with the repetitions in the text as Sticky's obsessive tendencies compel him to repeat simple actions again and again until they feel right. There's plenty of difficult subject matter here, and BALL DON'T LIE may not be an easy listen, but Graham gives his all to the audio production. J.M.D. © AudioFile 2017, Portland, Maine [Published: APRIL 2017]