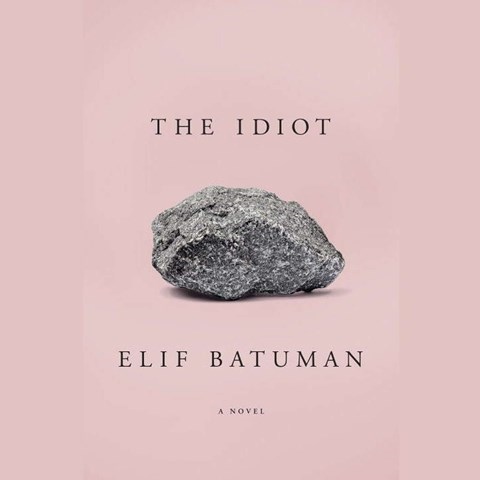 The author of this book narrates as 18-year-old Turkish-American Selin begins her first year at Harvard. It's 1995, and Selin strives to be an ethical person who thinks independently, unaffected by others' opinions. A likable young woman who is coping with frustrations and confused emotions, Selin meets several original characters, including Serbian Svetlana, Hungarian Ivan, and American Ralph, who is obsessed with the Kennedy family. The audiobook would have been better served by a more professional narration, as the author's isn't as colorful as her novel. There are long passages in which nothing happens, yet the novel is filled with affecting vignettes and strange conversations. As Selin understands her limitations and awakens to her possibilities, Batuman's observations are dark, satiric, and very funny. S.J.H. © AudioFile 2017, Portland, Maine [Published: MAY 2017]