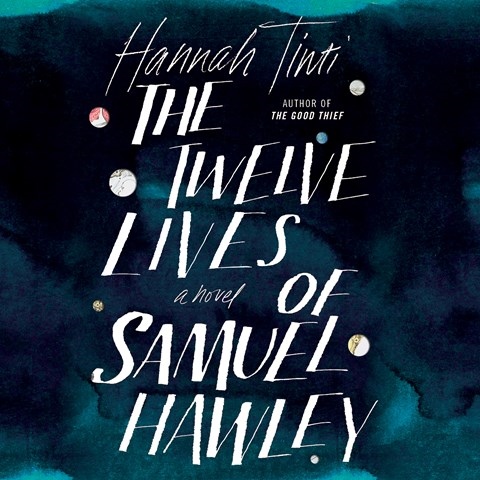 THE TWELVE LIVES OF SAMUEL HAWLEY

In this rich audiobook of literary suspense, Samuel Hawley's life story is told through the 12 bullet scars on his body. Narrator Elizabeth Wiley demonstrates her dynamic range in her performance. In the present, Hawley is making a life for himself and his teenage daughter, Loo. The nomadic pair return to Loo's late mother's hometown. She has trouble fitting in but not finding trouble or clues to her parents' past. Wiley portrays con man Hawley and his partner as convincingly as she does a mob of teenage bullies and a young outcast who's coming of age without her mother. Wiley's pacing is a perfect match for the plot's suspense, pulling listeners closer and closer to the edge of their seats so they don't miss a single one of Samuel Hawley's lives. J.F. © AudioFile 2017, Portland, Maine [Published: APRIL 2017]