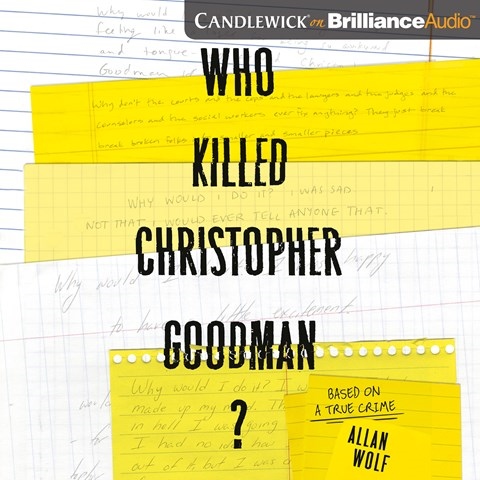 Master storyteller Allan Wolf fictionalizes the true-crime murder of a teen from his hometown. He tells the story from the viewpoints of the young man's schoolmates, including their various reactions to his death. The mark of excellence in a narrating ensemble is that characters are recognizable no matter who is narrating, but that that is not the case here, especially with the character of Squib. Nonetheless, his Tourette's syndrome tics are believably and sensitively portrayed. Murderer Leonard Pelf comes across as a complex character--creepy but sympathetic. Distracting sound effects in a handful of scenes have a loud background hiss. C.M.A. © AudioFile 2017, Portland, Maine [Published: APRIL 2017]