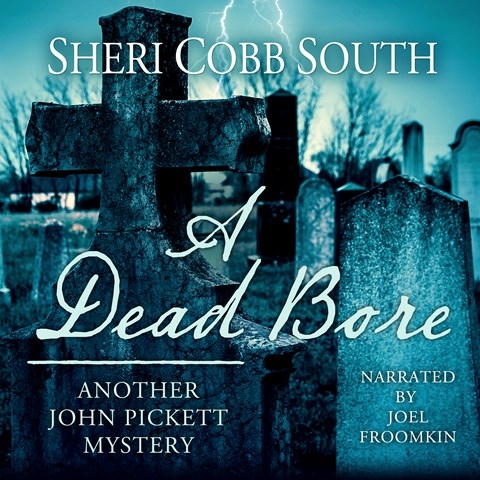 Narrator Joel Froomkin expertly transports listeners to Regency London and Yorkshire in this romantic mystery. Lady Fieldhurst is still coping with widowhood; Bow Street Runner John Pickett, who helped her with an earlier mystery, fancies her but recognizes their class differences. Froomkin inhabits Pickett, who's wise beyond his years, as well as kind and determined. He's fully believable, as is the gutsy, resourceful Fieldhurst, who assists him. Vivid descriptions of Yorkshire and its inhabitants are skillfully portrayed, particularly Vicar Cyril Danvers, who bores everyone with his conversation and dreary book about the local area. Tragedy strikes when Danvers dies in a fire--was it an accident or murder? The compassionate climax adds depth and appeal to Pickett's character. S.G.B. © AudioFile 2017, Portland, Maine [Published: MAY 2017]