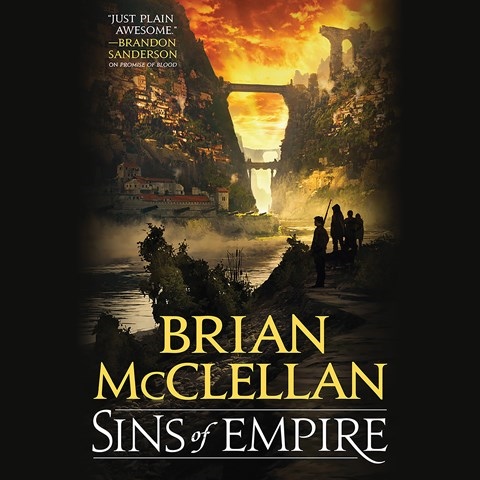 The character of Mad Ben Styke comes to life in this audiobook. Narrator Christian Rodska portrays him with gruff tones as he faces the world and shifts to vulnerable-sounding gentleness in his interactions with an orphan girl he has taken under his protection. The second of the story's three protagonists is notable for his ongoing dialogue with himself, which Rodska presents with the character's slight air of embarrassment. The third featured character is a mercenary general, a returning character whose ability to detect sorcery serves her well. Rodska's portrayals of these and the many other characters are nuanced and complex. He maintains a lively pace with a natural ebb and flow that matches the rhythm of the plot. J.E.M. © AudioFile 2017, Portland, Maine [Published: AUGUST 2017]