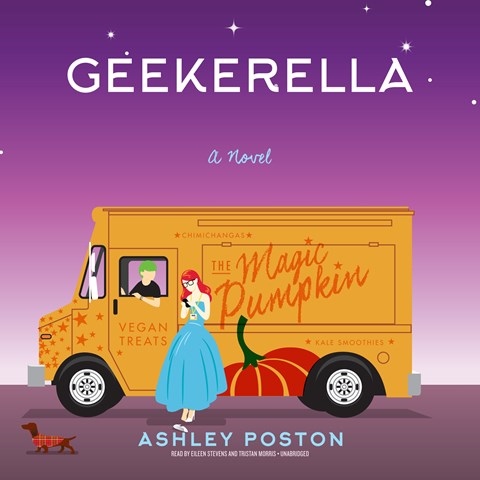 Narrator Eileen Stevens's subtle Southern accent and energizing performance are an out-of-this-world pairing for this reimagined Cinderella. Sounding intrepid and animated, Stevens never loses sight of Elle, whose love of the cult sci-fi show "Starfield" is her escape from her evil stepmother. When she begins texting a fellow fan, Elle thinks she may have found her Prince Charming. Little does she know that on the other side of the texts is Darien Freeman, the teen heartthrob who is starring in the "Starfield" reboot. Narrator Tristan Morris's wonderfully theatrical voice never quite captures the young actor, who is caught in a bout of ennui. Teens familiar with the intricacies of fandom will find the inside jokes a delightful addition to this contemporary fairy tale. J.E.C. © AudioFile 2017, Portland, Maine [Published: MAY 2017]