Home»Reviews»PRINCESS CORA AND THE CROCODILE 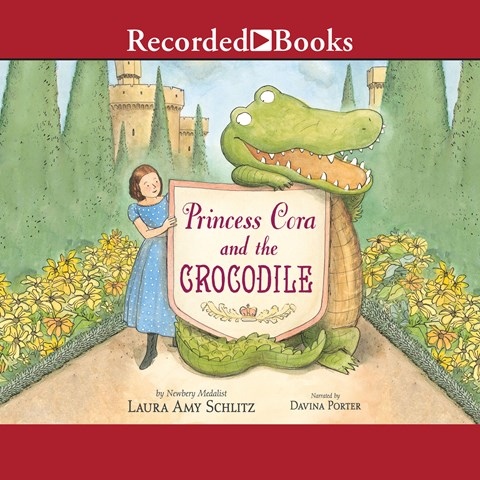 PRINCESS CORA AND THE CROCODILE

Davina Porter's perfectly modulated narration captures this imaginative story. Princess Cora, who is over-scheduled by her well-meaning parents, seeks help from her fairy godmother. Her aid arrives in the form of a cheeky crocodile to whom Porter assigns a croaky yet lovable voice. He gives Cora a day off by posing as the princess herself, with hilarious results. Nanny's exclamations of disapproval are expertly voiced in a high-pitched Scottish brogue. When the king is presented with this reptilian impostor, his exasperated sputtering at the croc's antics is wonderful. Porter gives the busy queen a distracted tone until she realizes the ersatz princess is not her daughter--then it's all business. This is a top-notch production, with the crocodile stealing the show. M.F.T. © AudioFile 2017, Portland, Maine [Published: MAY 2017]