Home»Reviews»THE STING OF THE WILD 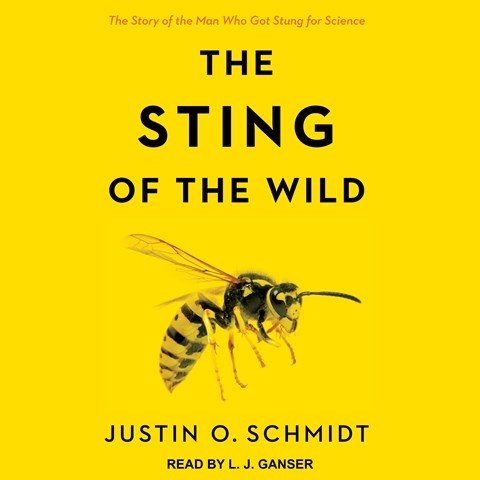 THE STING OF THE WILD

Entomologist Justin O. Schmidt doesn't TRY to get stung when he's dealing with harvester ants and other venomous creatures. However, he's been stung enough to consider the stings a data point. Narrator L.J. Ganser's voice is cheerful as he reads Schmidt's first-person account, even when the text is comparing the painful ant stings the author has lived through. Schmidt's fatalistic sense of humor also carries through to the science of stings and poisonous animals. It's not all bleak; some of the stinging creatures, such as the domesticated honey bee, are beneficial to humans. The audiobook wraps up with a pain scale, in which Ganser rattles off pain descriptions as if describing the tastes of wines. Getting stung is never funny, but Schmidt's take on the subject often is. J.A.S. © AudioFile 2017, Portland, Maine [Published: APRIL 2017]