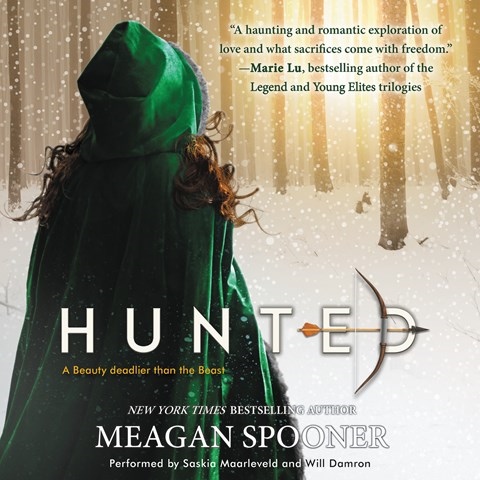 by Meagan Spooner | Read by Saskia Maarleveld, Will Damron

Based on Russian folklore, Spooner's magical fantasy introduces Yeva, who is called Beauty. While hunting in the woods, she encounters the Beast. Saskia Maarleveld takes on the majority of the narration, telling the story through Yeva's eyes. She compellingly depicts Yeva's bravery and resilience and then switches to Yeva's sisters and the Beast, portraying them with subtle variations in tone and cadence. Her gruesome descriptions of the hunt and the cold are spine-tingling. In interspersed chapters, narrator Will Damron's Beast fittingly growls and moans as he reveals his thoughts and fights to reclaim his humanity. While Maarleveld's scene changes are not always smooth, overall, the narrators complement each other and draw listeners into the story. S.H. © AudioFile 2017, Portland, Maine [Published: MAY 2017]