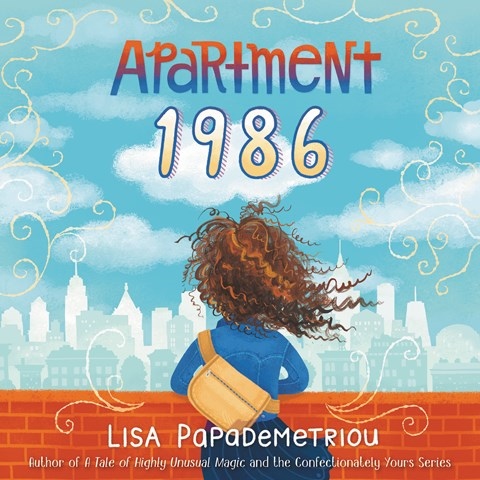 Narrator Tara Sands captures the quirky and spirited essence of this fast-moving, first-person narrative, keeping the dialogue and storyline as fresh as the main character. Cassie, a seventh-grader in one of New York City's posh schools, remains eternally upbeat as she faces many struggles in her young life. Despite her difficulties, she's determined to learn the meaning of her grandmother's mysterious obsession with 1980s mementos and music and how it relates to her late uncle. Sands deftly portrays the spunky Cassie with perfect ease, giving the listener a look at New York's Upper East Side and the secret of what's inside Apartment 1986. D.S. © AudioFile 2017, Portland, Maine [Published: JULY 2017]