HomeÂ»ReviewsÂ»THE DAY OF THE DUCHESS 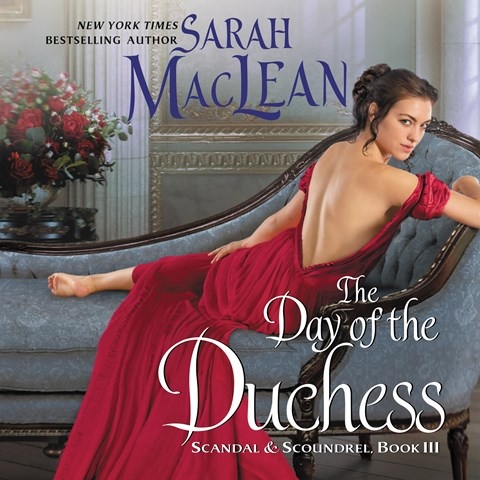 THE DAY OF THE DUCHESS Scandal & Scoundrel, Book 3

This is the third audiobook in the Scandal & Scoundrel series, the previous two were also narrated by Justine Eyre. Protagonists Sera and Haven's marriage fell apart in spectacular fashion in Book 2, and getting them back together after such a rough breakup is difficult to sell. In particular, the device for reuniting them--Sera must find Haven a new wife before he will grant her a divorce--seems contrived. As in the previous audiobooks, Eyre's reading is emphatic, with a breathy quality that occasionally makes the tone a bit exaggerated in a story that has plenty of melodrama on its own. Nonetheless, fans of the series will want to listen to this installment. L.C.L. © AudioFile 2017, Portland, Maine [Published: AUGUST 2017]