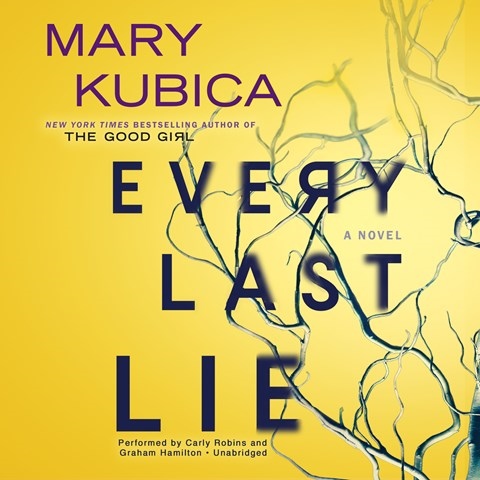 Mary Kubica's highly anticipated audiobook features a mother of two who is grieving the loss of her husband. Narrator Carly Robins does an excellent job expressing Clara's paranoia as she obsessively investigates her late husband's deadly car accident and the secrets he kept before his death. Robins's ability to switch from mother to 4- year-old daughter Maisie's voice is seamless. The controlled narration of Nick's downward spiral, told in the flashbacks and taking place during the last months before his death, is executed impeccably by Graham Hamilton. While the story itself is detailed and at times repetitive, the pace and emotion of the dual narration overcome some of the slower parts of Kubica's latest thriller. K.D. © AudioFile 2017, Portland, Maine [Published: AUGUST 2017]