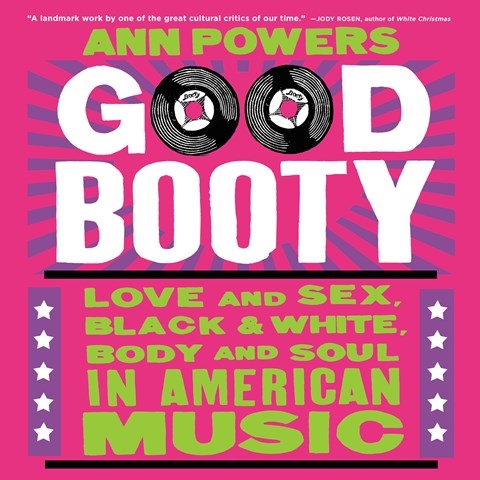 How did the suggestive rhythm and blues phrase "good booty" morph into Little Richard's 1956 smash teenage anthem "Tutti Frutti," with its veiled and nonsensical innuendo? Combining a sly sense of humor, the energy of a true fan, and the all-in attitude of a seasoned journalist, narrator Teri Schnaubelt takes the listener back to early-nineteenth-century New Orleans. There a very American stew of African, European, Caribbean, church, and secular musical influences was brewing. Through the decades, romance, dance, longing, and love had always had a soundtrack, but it was rock and roll that brought our changing views of love and sex to the fore. From the lindy hop to disco, from Elvis to Beyoncé, Schnaubelt's voice reflects that rock and roll is serious stuff, and that's what makes it all so much fun. B.P. Winner of AudioFile Earphones Award © AudioFile 2017, Portland, Maine [Published: OCTOBER 2017]