Home»Reviews»THE HAPPIEST KIDS IN THE WORLD 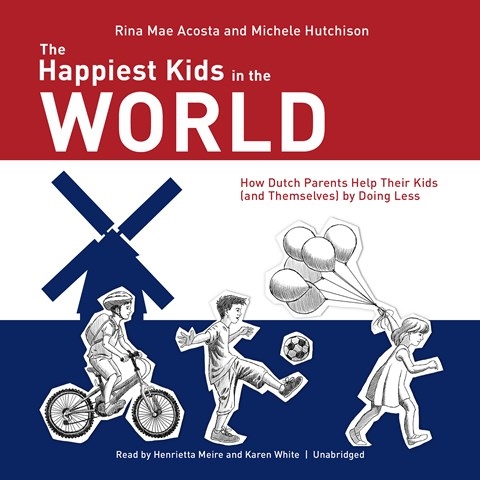 Authors Rina Mae Acosta, an American, and Michele Hutchison, a Briton, both moved to the Netherlands to be with their Dutch husbands and to start their families. Taking turns, Acosta and Hutchison describe their experiences with child-rearing in the Netherlands. Their respective sections alternate between American narrator Karen White and British narrator Henrietta Meire, a production choice that helps to clearly delineate each author's perceptions. In sharp contrast to life in the U.S. and Britain, the authors paint a picture of a country that emphasizes the happiness and emotional well-being of both children and their parents, while at the same time delivering outstanding educational results. Narrators Meire and White both deliver clear and engaging performances, letting the authors' interesting observations about Dutch culture speak for themselves. S.E.G. © AudioFile 2017, Portland, Maine [Published: MAY 2017]