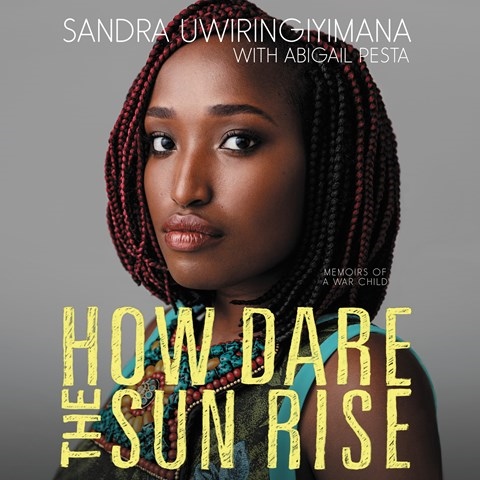 HOW DARE THE SUN RISE Memoirs of a War Child

The young author narrates this powerful memoir of her traumatic experiences growing up in the war-torn Democratic Republic of the Congo. Though she has lived for some time in the U.S., her slight remaining accent adds to the authenticity of her narration. As she recounts the story of her childhood and then the massacre that claimed several members of her family, her tone seems oddly detached, making listener engagement challenging. As she grows older and more reflective in the course of her story, her voice also becomes more animated and self-involved. The audio format fails to take advantage of a passage in which Uwiringiyimana discusses the difference between "sounding black" and "sounding white" in America. Still, no other narrator could have done justice to this deeply personal memoir. C.M.A. © AudioFile 2017, Portland, Maine [Published: AUGUST 2017]