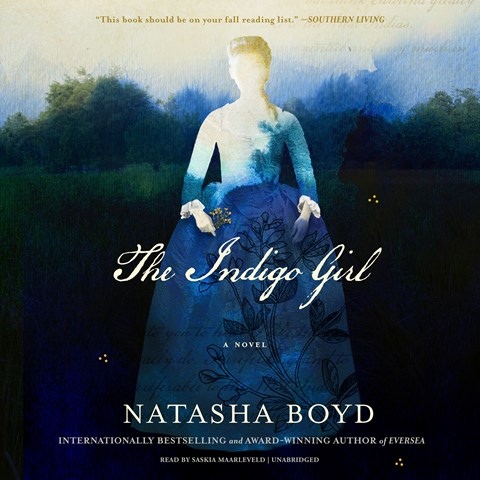 This fictional account of Eliza Lucas, who was left in charge of her family's South Carolina plantations in the 1700s, unfolds through Saskia Maarleveld's first-person narration. She portrays a 16-year-old young woman who quickly matures when she's given responsibilities that would normally fall to men. There are moments of girlishness that seep into Maarleveld's tone when the main character reminisces about her childhood, but Eliza's steadfast determination is conveyed clearly through Maarleveld's emotional intonations. Fear, frustration, and excitement are believably depicted throughout the story. Eliza is proper yet rebellious; she's not the average woman of that time who wishes to be married and have children. However, there's also a romantic tone in Maarleveld's voice that fully transports the listener to a different time and place. T.E.C. © AudioFile 2017, Portland, Maine [Published: OCTOBER 2017]