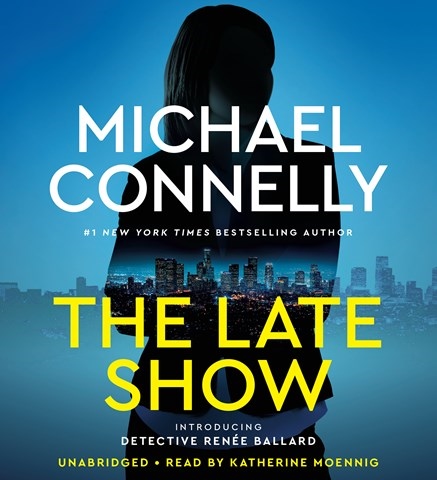 Michael Connelly, master of the LA-based police procedural, launches a new series introducing Detective Renée Ballard. On the graveyard shift, a.k.a. "the late show," Ballard lands two cases--a vicious assault of a transgender woman and a mass shooting at a nightclub--that she'll risk her career and life to solve. Narrator Katherine Moennig's delivery perfectly complements Ballard's caginess. Moennig maintains a bit of distance from the listener and rarely engages emotionally, making us all the more curious about what makes Ballard tick. Moennig effectively captures the brusque officialdom of police work, but she underplays the male characters, and at times they're hard to distinguish. Ultimately, it's Ballard's story, though, and this seamless blend of protagonist and narrator will leave listeners looking for the next installment. A.T.N. © AudioFile 2017, Portland, Maine [Published: JUNE 2017]