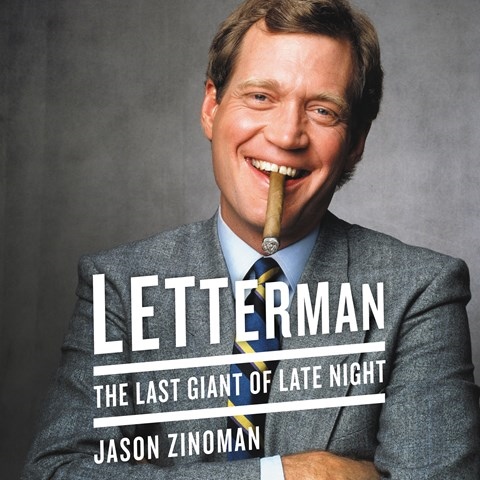 As is the case with many good nonfiction audiobooks, Michael Goldstrom's narration of LETTERMAN is straightforward and well paced--engaging listeners but keeping the focus on the subject matter. Goldstrom deftly guides us through this detailed account of Letterman's career as well as the professional paths of the writers, producers, and other collaborators who helped make his shows so successful. Letterman's ironic detachment is frequently cited as the keystone of his comedy, and Goldstrom channels this with hints of sarcasm throughout. When quoting various "Late Night" and "Late Show" bits from the past three decades, Goldstrom adds enough flourish that listeners can visualize Letterman himself delivering the material. By the end of this audiobook, listeners will also be intimately familiar with the evolution of late-night comedy since the 1960s. A.T.N. © AudioFile 2017, Portland, Maine [Published: APRIL 2017]