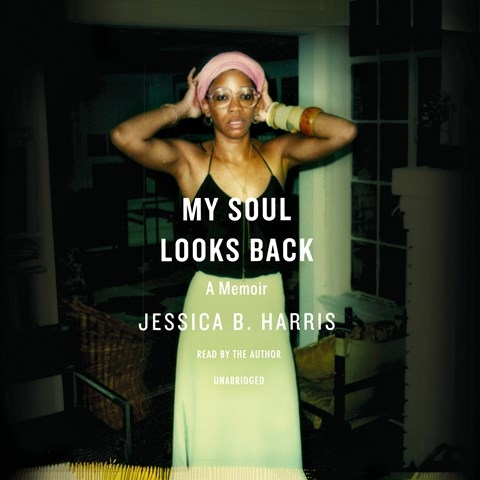 MY SOUL LOOKS BACK A Memoir

Food scholar and writer Jessica B. Harris performs this memoir of her early adult years in New York City in the 1970s. Her romance with Sam Floyd connected her to the black cultural and intellectual elite of the time--people like James Baldwin, Maya Angelou, and Toni Morrison--who influenced her perspective and career. Harris gives an unflashy but precise performance full of intelligence and warmth, belying her modest and self-deprecating assertions about her role in this scene. As much as this audiobook is about a life, it's more about a place and time, and Harris's vivid descriptions, in writing and delivery, demonstrate how the flourishing cultural milieu encouraged her to thrive. Fans of food writing, memoirs, and cultural history will enjoy this production. A.F. © AudioFile 2017, Portland, Maine [Published: AUGUST 2017]