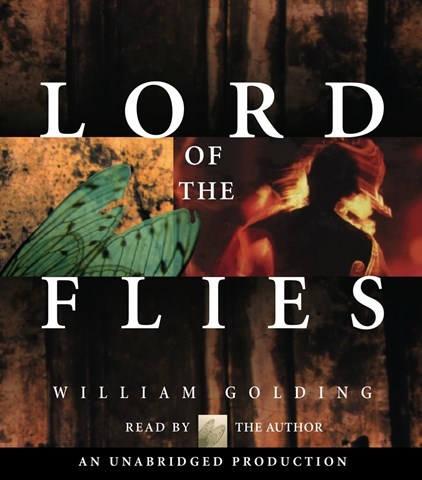 LORD OF THE FLIES

A plane crashes on an uninhabited tropical island during wartime. A group of schoolboys--the sole survivors--form their own society, an experiment that quickly descends into chaos and death in Golding’s classic allegory. Listening Library recently rereleased this historic 1976 recording, and the timing could not be more apt. As CNN keeps viewers on edge with the latest military overtures in the real world and the reality TV show “Survivor” offers escape in the form of backstabbing, bug-eating “tribal” rituals, LORD OF THE FLIES gives the reader a lucid and chillingly objective mirror to our modern society. William Golding’s narration is as impartial as his work, yet his grumbly, grandfatherly voice, complete with mid-sentence sniffs and swallows, is intimate. Included on the tapes is background on how he came to conceive the book and a brief rebuttal to critics about its meaning. M.M.O. Winner of AudioFile Earphones Award, SYNC 2015 © AudioFile 2003, Portland, Maine [Published: APR/MAY 03]