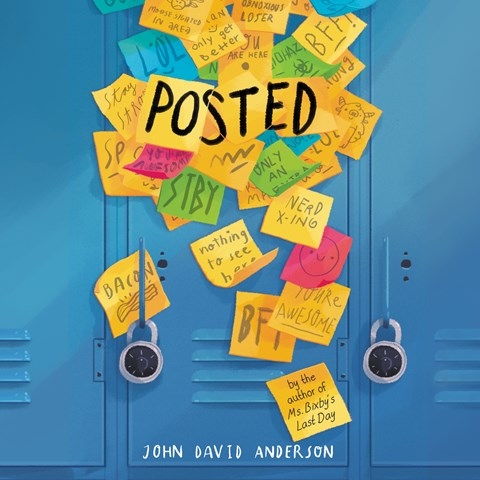 Patrick Lawlor narrates this thoughtful story about friendship, identity, and the power of words. Frost, Deedee, Bench, and Wolf are an island unto themselves at Branton Middle School. That is, until Rose shows up. Adopting a reflective yet reluctant tone, Lawlor captures Frost's inner turmoil as he recaps the two fateful weeks that forced him to confront what it means to be a friend. The main characters are easily distinguishable, allowing dialogue exchanges--even during Dungeons & Dragons play--to flow naturally and reveal relationship dynamics. While the word "bullying" is hardly mentioned, its effects are felt by numerous characters, and Lawlor handles those emotions with care, dropping his pitch, slowing his speech, and taking a breath when needed. A.S. © AudioFile 2017, Portland, Maine [Published: AUGUST 2017]