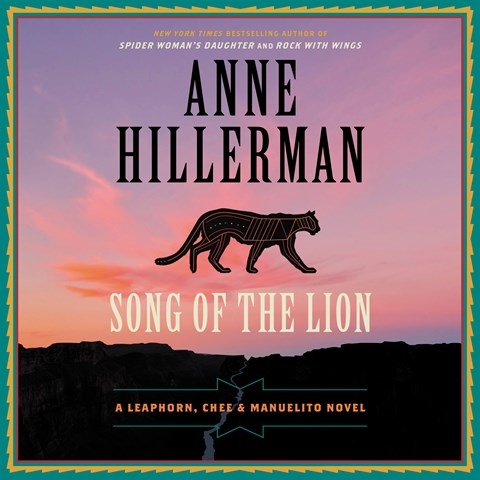 With this third performance, narrator Christina Delaine has made the persona of Navajo policewoman Bernie Manuelito her own. Delaine has mastered the measured cadence of Southwestern Native Americans and also delivers convincing renditions of Navajo terms. Fans of Hillerman's father, Tony, will be happy to hear that his most beloved characters, Jim Chee and Joe Leaphorn, live on in his daughter's books. Nonetheless, her works provide a fresh perspective as the focus shifts to Bernie. Delaine's nuanced narration delineates Hillerman's characters while navigating action that ranges from the urgency of a murder inquiry to the mysticism of the spirit world. Hillerman and Delaine have created another engrossing audiobook that leaves listeners hoping for more. M.O.B. © AudioFile 2017, Portland, Maine [Published: MAY 2017]