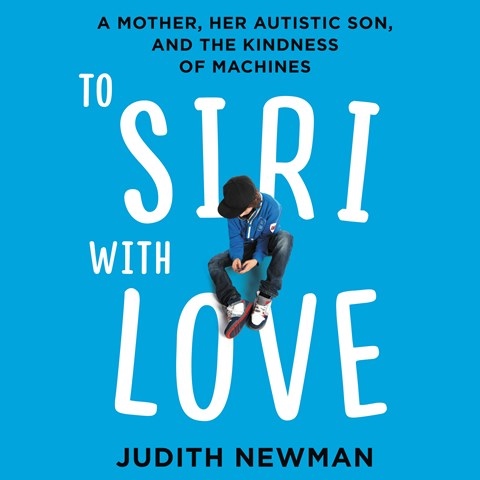 TO SIRI WITH LOVE A Mother, her Autistic Son, and the Kindness of Machines

Narrator Cris Dukehart brings alive the family interactions in Newman's collection of memoir-style essays about her autistic son, Gus. Much of what we learn about Gus comes from three-way conversations between Newman, Gus, and Henry, Gus's neurotypical twin. Dukehart voices Gus with minimum inflection and range, while she portrays Henry with a teenager's cadence and tone. Dukehart's first-person voicing of Newman requires a nuanced range of narrative skills, including those of a journalist, as she explains the history and science of autism; an advocate, as she argues for better employment opportunities and increased education; and a mother. It's that last role--portraying Newman's hopes, quirks, and opinions (though not all listeners will agree with her views)--in which Dukehart captures the "collateral anguish" experienced by Newman's family as well as their progress and quiet victories. R.W.S. © AudioFile 2017, Portland, Maine [Published: OCTOBER 2017]