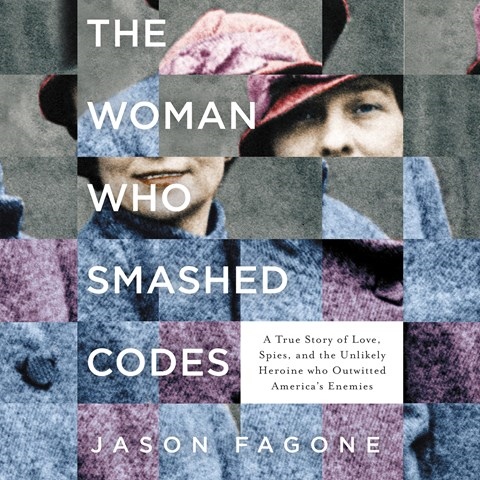 THE WOMAN WHO SMASHED CODES A True Story of Love, Spies, and the Unlikely Heroine who Outwitted America's Enemies

A young American Shakespeare scholar--and a woman at that--in 1916 was an unlikely candidate to eventually become the National Security Agency's premiere code breaker during the World Wars. Cassandra Campbell warmly narrates the astonishing story of Elizebeth Smith Friedman. With a crisp pace suitable for Friedman's intelligence and Quaker practicality, Campbell explains the puzzle-solving roots of American cryptography. She hints at Friedman's hidden frustration at the lack of recognition for her decades of groundbreaking work. Due to both secrecy and sexism, her success was attributed mostly to men, especially J. Edgar Hoover. Note: The narrative frequently references written charts and illustrations of ciphers, which listeners can view on an accompanying PDF. N.M.C. © AudioFile 2018, Portland, Maine [Published: FEBRUARY 2018]