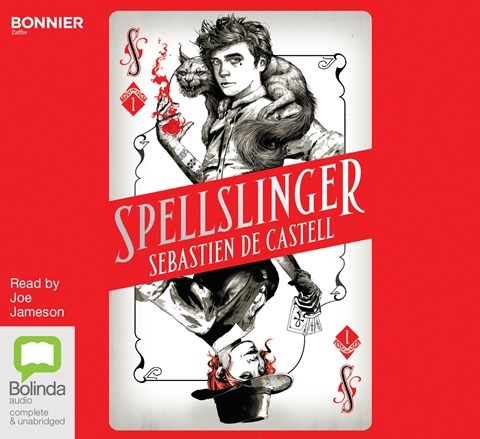 Narrator Joe Jameson's brassy tenor voices a sizable cast of characters in this gritty fantasy. Kellen has always felt out of place among his famous magical family and peers, working tirelessly to manifest his abilities with minimal results. But as he grows closer to his sixteenth birthday, he learns that the history of his people and their talents isn't what it seems. Jameson's pacing suggests the urgency of this story, while his tone captures its danger and humor. Between the privileged, callous Shartep and Kellen's rough but noble allies, Jameson's characterizations illuminate the theme of this work: the differences between reputation and reality. K.S.B. © AudioFile 2017, Portland, Maine [Published: SEPTEMBER 2017]