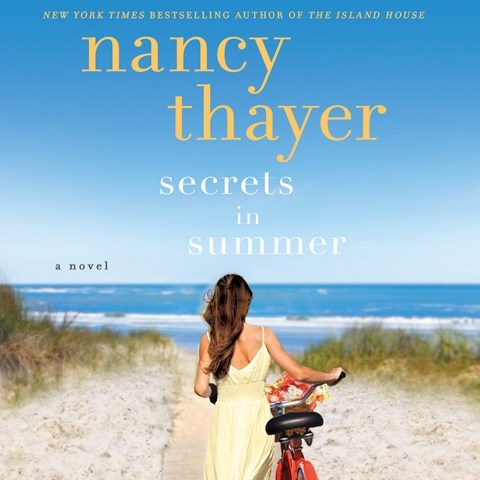 Amy McFadden narrates a fun summer romance set on seemingly carefree Nantucket Island. Assuming the voices of young and old, males and females, McFadden expresses the range of emotions felt by the diverse cast of characters. Seemingly effortlessly, she transforms a chortle into a deep belly laugh, and a stirring whimper into a great outpouring of tears. Darcy Cotterill finds her winter haven transformed into a merrymaking retreat for summer residents whose complicated relationships grow ever more so. Though an unwilling observer, Darcy witnesses people redefining relationships to suit themselves rather than following the rules of convention. Eventually, this leads to self-discovery, internal resolutions, and acceptance. E.B. © AudioFile 2017, Portland, Maine [Published: JULY 2017]