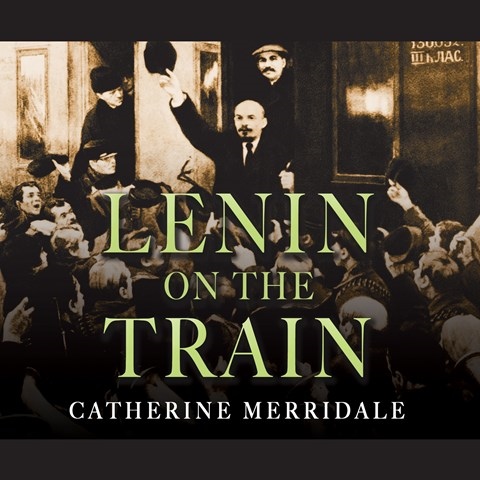 LENIN ON THE TRAIN

Recounting perhaps the most famous train ride in history, this audiobook tells the story of Vladimir Lenin's return to Russia from exile in Zurich. Once home, he became the leader of the Russian Revolution in 1917, which changed the world then and still impacts us now. This year marks the 100th anniversary of the event and gives us a chance to weigh its importance. Narrator Gordon Griffin's bright timbre and lively British accent enhance this history by moving the story along at a brisk pace. He reads expressively, emphasizes key words, and effectively dabbles in characters. He even telegraphs the anger or frustration various people feel as the proceedings unfold. The result is a retelling of the story that a new generation can learn from. R.I.G. © AudioFile 2017, Portland, Maine [Published: JULY 2017]