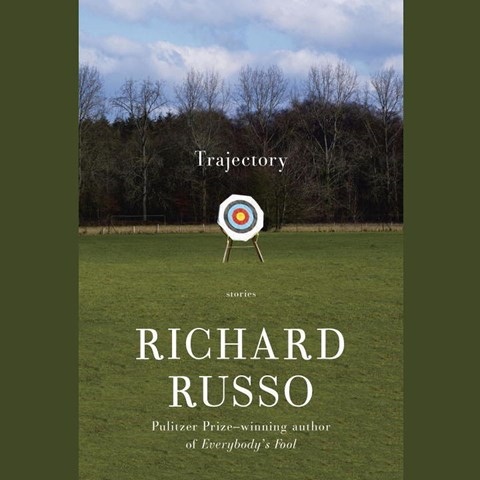 In this collection of short stories and novellas by the Pulitzer Prize-winning novelist, a team of talented narrators--Amanda Carlin, Arthur Morey, Fred Sanders, and Mark Bramhall--takes to the task of portraying Russo's troubled male protagonists, who believe they're special when, in truth, they're, most times, just slightly above average. Morey shines brightest with dramatic emphasis and pauses as a fragile relationship between brothers plays to a bitter end. Also, in a story that could be autobiographical, Russo is ably aided by Bramhall in his exploration of the wacky world of Hollywood moviemaking and how entering the orbit of stars can produce a poignant portrait of middle-aged men who are still struggling to find their place in the world. R.O. Winner of AudioFile Earphones Award © AudioFile 2017, Portland, Maine [Published: JUNE 2017]