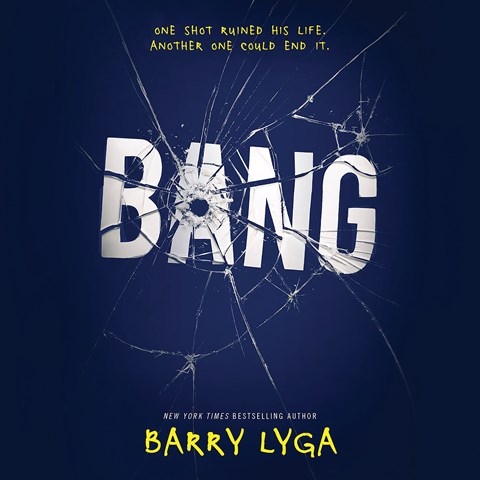 Narrator Charlie Thurston turns in an energetic performance of Lyga's young adult novel. Sebastian, a high school senior who accidentally shot and killed his infant sister when he was 4 years old, can no longer live with the guilt and determines to end it all. Then he meets his new neighbor, Aneesa. His friendship with Aneesa, a practicing Muslim, gives Sebastian hope that life can be better. The tempo slows down a bit as the two create a YouTube channel featuring Sebastian making different kinds of pizzas but picks up when cruel baby-killer and Islamophobic taunts show up in the video's comments. Thurston's skillful pacing as Sebastian reaches the edge of suicide again will keep listeners glued to their earbuds. S.G. © AudioFile 2017, Portland, Maine [Published: JUNE 2017]