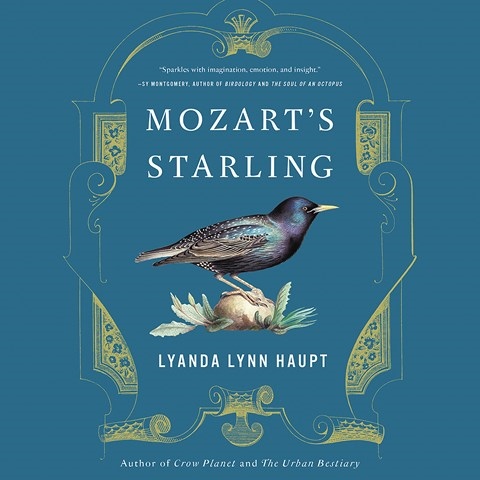 Might Wolfgang Amadeus Mozart's pet starling have contributed to some of the brilliant composer's celebrated musical works? Haupt poses this question while developing two lines of discussion in tandem: the scientific background on and her own personal observations of these frequently maligned yet clever birds combined with an exploration of Mozart's life, including his acquisition of a beloved starling, Star, which lived in his family home in Vienna. Narrator Linda Henning adopts a moderate pace and a friendly, inquisitive tone when describing the author's own pet starling, Carmen, and the bird's endearing, though sometimes irritating, quirks. While Henning's narration sounds objective, the work itself is speculative, with the author filling in many gaps with suppositions about Mozart's pet and the role the bird may have played within the context of the known details of the composer's life. S.E.G. © AudioFile 2017, Portland, Maine [Published: JUNE 2017]